Blame it all on coffee!

In the late 17th century, Coffee consumption was on the rise. At that time, coffee could only be obtained from the Arabs (the Arabs were very protective of their coffee plants. In fact, in Arabia it was a crime for a European to have a coffee plant in his possession - a crime punishable by death.) Around 1700 the Dutch managed to smuggle out a few coffee plants and began to cultivate coffee.

The coffee plant, which does not tolerate frost, would not grow in the colder European climate however it did grow abundantly in the Dutch colonies. The French and the British soon followed suit, establishing coffee plantations in their own French & English colonies in the Americas and India. Coffee soon spread to the Spanish colonies throughout all of Central and South America.

Regular trade routes opened between Europe and South America for delivery of coffee and sharing of other new and exotic products took hold, filling the ships cargo holds for the return to Europe. Included in this was alpaca wool. As early as 1807 British ships brought bags of alpaca fleece to London for "examination". Once in the hands of the fashionistas of the day, who were used to working with sheeps wool, they pronounced that "It was slippery and difficult to work with". 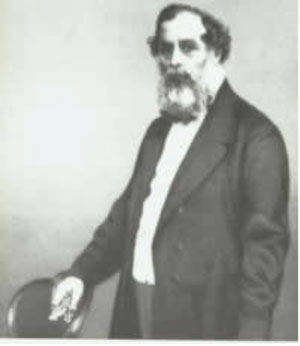 In 1808, several alpacas were imported to Cadiz as a gift from Manuel Godoy, the "Spanish Prince of Peace" (1767 – 1851) to the Empress Josephine. Only 11 alpacas survived the journey.  While in France the alpacas were studied with renewed interest. Great attention was paid to their wool, which was sent to the Academy of Sciences in Paris. Textile professors from both France and England studied this fiber and began to investigate how they might utilize the exotic alpaca wool.

The first person in England who introduced a marketable fabric made from alpaca wool was Mr. Benjamin Outram, a scientific manufacturer working near Halifax.  About 1830 Mr. Outram finally defined, after much difficulty, the obstacles encountered in the spinning of the alpaca wool. He eventually produced a textile which sold at high prices for ladies carriage shawls and cloaks. Their value however, was more from being rare and curious than from actual demand.

In 1832, Hoyam Hall and Co., working in the Bradford district; a know textile center in 19th century England, purchased all the alpaca wool they could find and fashioned woven material with a worsted wool warp and an alpaca weft, crating a fabric that was textural and luminous. These goods were in vogue only a short time.

Sir Titus Salt (image above) holds the distinction of being the father of the first commercial alpaca clothing. In 1836, using a cotton/alpaca/mohair construction process, he adapted machinery that could produce this material with the ease of ordinary wool, avoiding the obstacles that had halted others. He thus was able to present beautiful alpaca blend cloth for the European society and aristocracy.

By the end of 1830's, the alpaca trade had become established and had risen to great importance. The mercantile of A. & S. Henry began to make an endless variety of goods suited for both men and women, including scarves, handkerchiefs, and cravats. Plain and patterned goods became fashionable using alpaca woven between silk or cotton for ladies dresses, dyed alpaca was used to create patterns including checks and plaids with beautiful texture. A variety of alpaca cloth as well as alpaca linings were available in the marketplace and the demand for these various alpaca fabrics remained uniform and steady through the 1840's.

By the 1850’s demand for alpaca was on the rise and was crossing the Atlantic into North America. 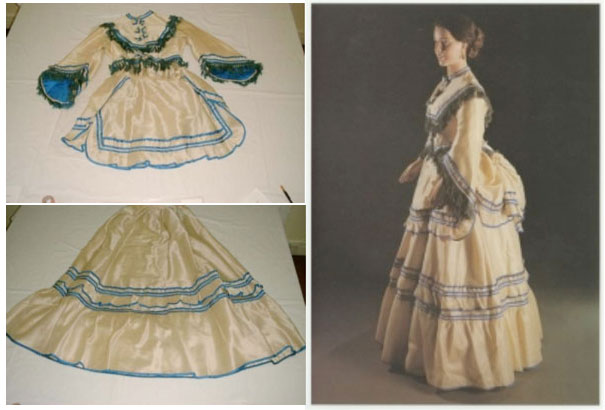 The Museum of Costume in Bath, England has this stunning example of ladies fashion made from the alpaca blend fabric developed by Titus Salt. “You can see from these pictures why alpaca was sometimes described as silk for the price of cotton.” Adrian Stewart [Images and quotes used with permission from Adrian Steward.]