Alpaca emerged in the US around the 1850’s and was popular in many aspects of the American culture. Keep in mind that these are woven fabrics and while called "alpaca" these are blends created by using alpaca in conjunction with other fibers, including but not limited mohair.

In “The Illustrated Encyclopedia of Costume and Fashion from 1066 to present.” Jack Cassin-Scott detailed the use of alpaca in the mid 19th century in the United States. He gives us mostly words to describe the clothing of the time and specifically mentions alpaca in numerous commentaries: 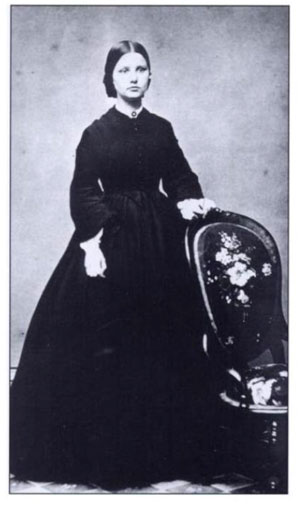 The finished fabric was transformed into ladies utilitarian dresses for every day wear, children’s’ wear and linings for men’s’ coats.  In this way alpaca reached the mass market and was considered a comfortable and yet hard-wearing material that had a good luster. Parasols and umbrellas were also produced using 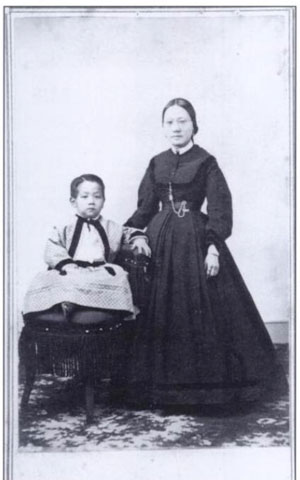 the same silk and alpaca. (alpaca doesn’t absorb moisture, rather it repels it.)

Alpaca was popular from New England to the great west, including California!

The importance of alpaca in every day life lasted for quite some time. Alpaca was a proper attire for:

Even described was a Minister’s Jacket, made of Alpaca and renowned for it’s durability and practicality, offering that the minister was truly a humble and frugal man. 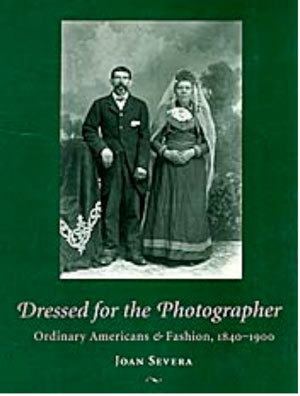 In “Dressed for the Photographer”, Joan Severa gives a visual analysis of the dress of middle-class Americans from the mid-to-late 19th century. This desire for fashion equality demonstrates that the possession of culture was more important than wealth or position in the community.  She provides graphic evidence that ordinary Americans, when dressed in their finest attire, appeared very much the same as their wealthier neighbors.

So where did all this alpaca come from? Early garments were imported from England but soon the alpaca age had descended upon Canada. In 1874 The leading alpaca maker in Canada, The Farr Alpaca Company - Owners Joseph Metcalf and Herbert M. Farr, relocated from Canada to the US, in Holyoke MA., making alpaca oficially a US enterprise.

By the late 1870's the company was firmly established, and was a decided success. A full range of goods were shown in New York, and at once took the forefront of commercial attention.  In view of the depressed state of trade, it was deemed advisable to only partially equip the mill at the start, but the first goods shown were so well received that in order to meet the demand, to operate the mill at its full capacity, 255 looms.

Special care was taken in the selection of raw materials; and all operations in dyeing and finishing (some of which were proprietary to Farr) were conducted with a view of producing "the brightest luster and the clearest and most durable color." The “Very Satisfactory” award on the company's exhibit at the Centennial International Exhibition of 1876, (the first official World's Fair in the United States) confirmed the success of the company. It was an explicit and positive expression on all essential points in the production of perfect goods, and was additionally complimented by Mr. Michell, of Bradford, England who was the English judge of the award. In his report to the British government, he says, "The alpacas, cashmeres, and serges shown by the Farr Alpaca Company were specially good." The value of the annual product at the beginning of business was $500,000, and the value of annual products surged after the award to $750,000. The equipment increased to 360 looms, with a capacity of 3,750,000 yards per annum. The number of employees at the beginning was 300; doubling to more than 600. The company functioned for more than 50 years. The Great Depression shut down many mills in Holyoke, MA., and Farr Alpaca was one of them, succumbing in 1933.

There is more to the story... The government needed more money to cover war expenses and generate operational income, and they figured out how to do it… Tax incoming goods.

So why not tax it?

“The silk, the alpaca, and the Scotch gingham, of which the covers are made, are all imported; paying a duty of sixty per cent.”

A partial list, compiled from the editorial columns was published in one daily newspaper. It was devoted to reform and listed items that the tariff taxed which had laid "financial burdens" that would be felt by the people. It detailed the imported goods to be taxed:

This bill was not popular with the people or the clothing makers of the day. It became evident that the American manufacturers could not import products, alpaca among others, and pay the financial duty, which was levied under this tariff.  It was equally evident that the loss to the internal revenue by diminishing the manufacturing of alpaca woolens would be greater than any gain from a duty on alpaca, so, textile makers looked for another options…

“The attempt has been made in this country to manufacture alpaca goods from this long combing wool for which by reason of its luster is peculiarly fitted. ..Some failure occurred… (Comparing long stranded alpaca with that of Marino wool) I have some specimens of this fabric which is called alapaca, because it is an imitation of the fabrics made from alpaca wool.”  The makers were able to come close to mimicking the alpaca textile using Vermont Merion wool.

And Lawmakers looked for other options…

“Wool is the dense and soft hair derived from the coat of sheep and certain other mammals. For industrial purposes the fiber of the camel, alpaca, Angora goat, llama, Kashmir goat (the fiber is called cashmere), and vicuña is classed as wool. Wool is primarily used in apparel that is intended to keep us warm, because the woolen fibers are non-conductors of heat and its crimps capture and enmesh the thin air. “

They early politicians saw that wool could drive the country in two ways, first - the ability to raise the sheep, process the wool and sell the goods without importation of exotic fibers, and secondly as a food source.  The 1st of October 1890, the President signed into law the McKinley Bill. It reduced revenues by diminishing high, and in many cases, almost prohibitive duties; it put sugar on the free list with a discriminating duty of one-tenth of one cent a pound on sugar imported from countries giving a bounty for sugar exported, and it gave bounties to American sugar growers; it attempted to protect many "infant" industries such as the manufacture of tin-plate. Reciprocity treaties were made with Germany, France, Italy, and Belgium, which secured a market in those countries for American pork.

Abroad, where the Bill made McKinley's name known everywhere, there was bitter opposition to it and reprisals were threatened by several European states. In the United States the McKinley Tariff Bill was one of the main causes of the Democratic victory in the Congressional elections of 1890, in which McKinley himself was defeated by an extraordinary Democratic gerrymander of his Congressional district. Alpaca remained highly taxed, in an attempt to persuade consumers and manufacturers to embrace wool.

It is ironic to note that the announcement of the bill came via McKinley, who was detailed in his presentation by Mr. White.  Mr. White reported, “it was noted that McKinley sat in a large cane veranda chair in a lightweight dark alpaca coat….” , seems like little has changed in politics since 1890!

Alpaca began to be wiped off the map in the US, however it was still popular in Europe. Virtually all processing of the raw alpaca fiber into tops and yarn was done in Europe.  The indigenous peoples of South America were left to provide a commodity, while the riches associated with the luxury fiber went to foreign textile manufacturers.